For more than 20 years, we have been striving to fulfil our vision of building a professional and respected company in the development of core information systems. Our goal is to help our customers meet their visions in the areas they focus on, through quality software solutions based on advanced technologies and open standards. We view expertise, loyalty, proper and timely delivery as crucial factors affecting customer satisfaction. We realize that satisfied employees with a high degree of professionalism are the key to fulfilling ambitions. This is also one of the reasons for our long-term cooperation with academic and research institutions in the region in order to prepare and engage novice specialists. We are gradually fulfilling our visions and we will be happy to contribute to the fulfilment of yours.

-RNDr. Roman Vasky, PhD., Chairman of the Board VSL Software 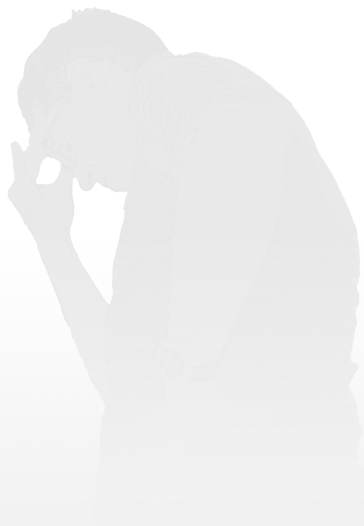 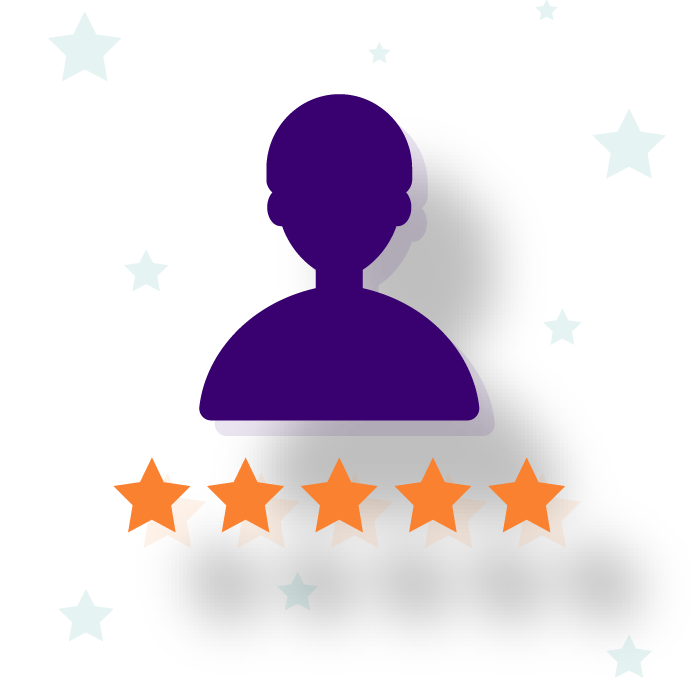 A satisfied customer is the best feedback

That is why we strive to be one of the leading software development companies according to customer requirements, guaranteeing quality, successful and effective development based on modern technologies and standards with direct input of the customer´s own know-how. Upon fulfilling the basic mission, we provide and ensure constant high-level support. Our ambition is to profile as a company known on the market for its quality, precision and expertise. 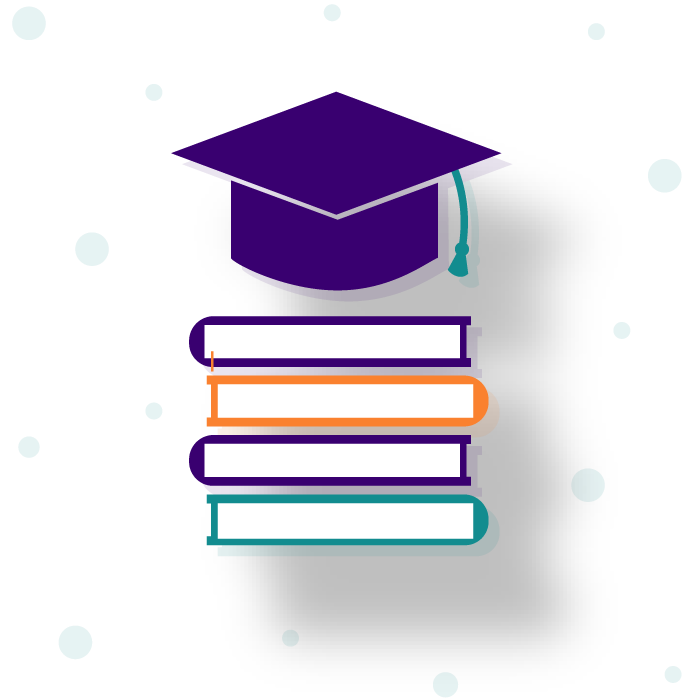 No one is born educated and therefore...

We are pleased to be able to provide space for the personal development of both beginners and experienced developers in the region where our company operates. We have the ambition to give young people the opportunity to grow and develop into true professionals, as well as a willingness to support them in their efforts to educate themselves further. 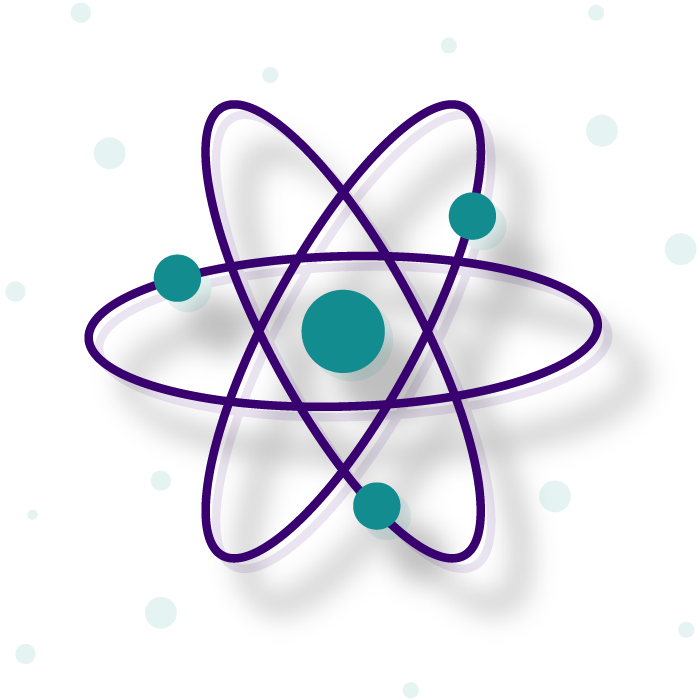 So why not try to be the best?

We have never backed down from a challenge; we have been looking for technological solutions since the times when there were no ready-made tools or procedures in existence. We were among the first to successfully implement CORBA middleware in the Central European area, or implement our own AJAX technology at a time when the term was unheard of. We continue, in this tradition, to focus on new challenges in Data Mining or integrating open source platforms into comprehensive solutions. 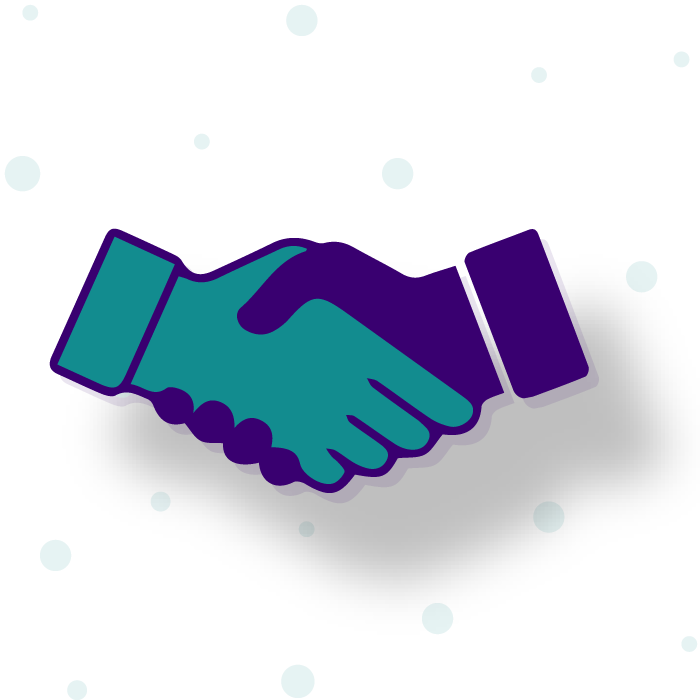 Remember where we come from and where we are now

Many challenges would have been more difficult to manage without the cooperation of those in academic fields. Since its founding, our company has cooperated with the Faculty of Science UPJŠ and continues to do so today. We are aware of the fact that we would not have reached our achievements without the clever people of our region and we feel the need to give something back to the region in return; not only as a long-time member of IT Valley supporting IT education, but also outside the IT sector by supporting creative enthusiast projects as it is people such as these who make our society better. 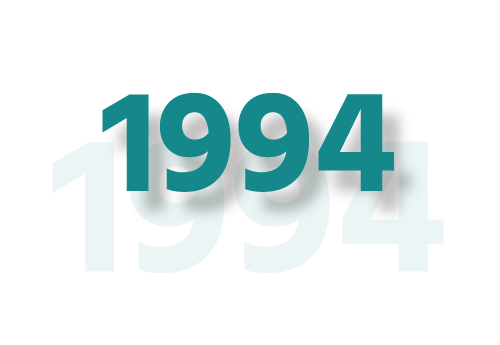 A group of enthusiastic mathematicians, computer scientists and students from PF UPJŠ began to realize their vision of building a successful software-house within the IT department of VS Leasing. By the end of the year, they took the plunge and formed an independent company, V.S.L. s.r.o., using not only the abbreviation under which the IT department formed, but also the budding values that our company professes. 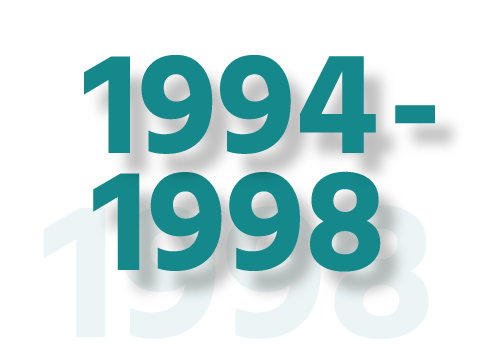 Establishment in the market

Thanks to tireless work and commitment, the company managed to establish itself in the emerging IT market and succeeded in stabilizing the company's development core by participating in projects in state administration, the banking sector and the tourism sector. It was also during this period that long-term cooperation with Novitech, a.s. began. 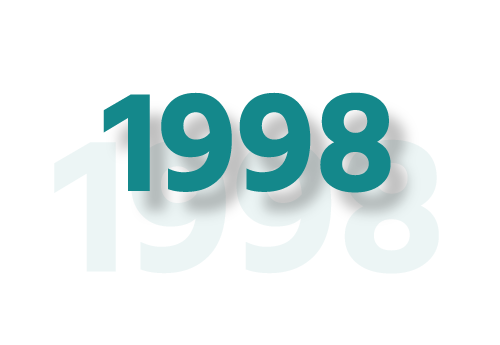 At the end of 1998 there was a fundamental change when some of the founders returned to the academic field and the development core, under the leadership of Peter Bugat a, took responsibility into their own hands. The internal change was reflected in external aspects as well and the company was renamed VSL Software, s.r.o. 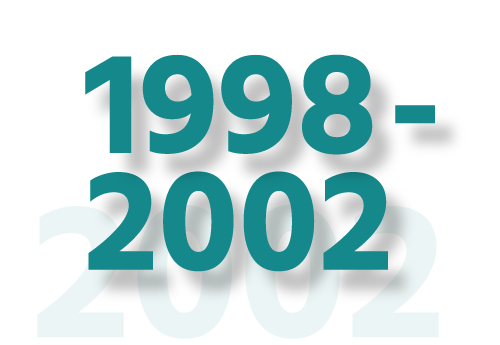 During this period, long-term cooperation began with a prominent company - IBM Slovakia, where joint projects further confirmed the quality of our work, the reliability of our delivery, as well as our ability to solve technological challenges (CORBA middleware). It was a period of intense advancement and expansion, leading to growth in turnover and the number of employees of our company. 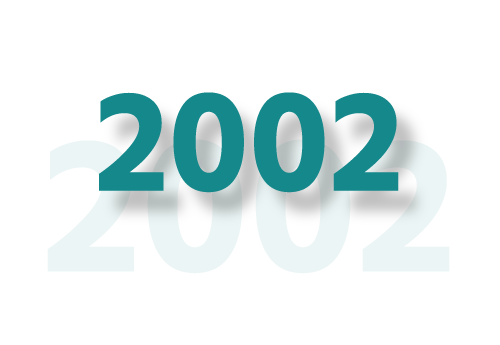 You can't get very far without courage

This year we were presented with a challenge - to accept or not to accept an offer to supply the main component for the VšZP a.s. centralized health information system. That meant work with new technology, with front-end realization in the web browser (AJAX frameworks as yet unheard of) and a J2EE-based calculation backend communicating with the SAP FSCD module. Can we handle it? Can we manage it? We accepted the challenge. 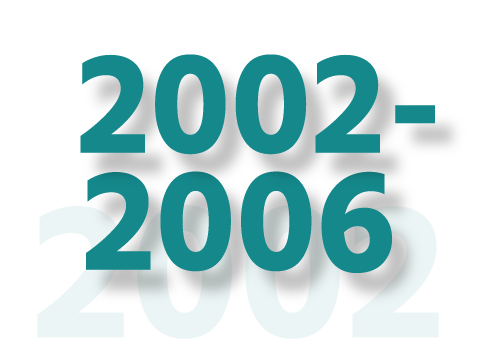 What doesn´t kill you makes you stronger

This period was turbulent, challenging and exhausting. The deployment of our people and their endeavours to achieve desired results were exemplary and thanks to them we managed to cope with all obstacles and problems, and successfully implement our solution. In addition to that, we developed progressive technology, our methodological procedures of development progressively improved ... and the company was strengthened significantly. 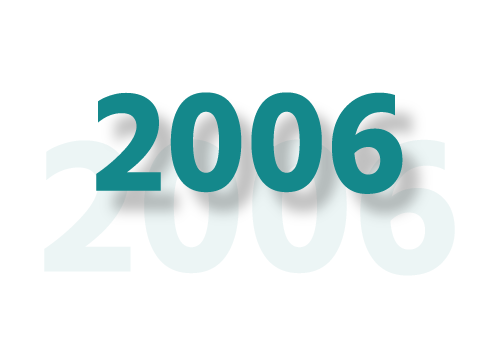 There are never too many challenges! 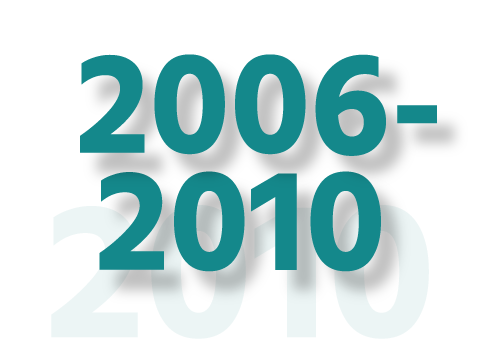 There is always something happening

The hectic period after 2006 required enormous effort to cope with the growth and setting of governance in the company. In 2007, in cooperation with HP Slovakia, a project was launched in the Apollo health insurance company, and in 2008 another important customer - the Dôvera health insurance company - managed a successful merger using our solution. 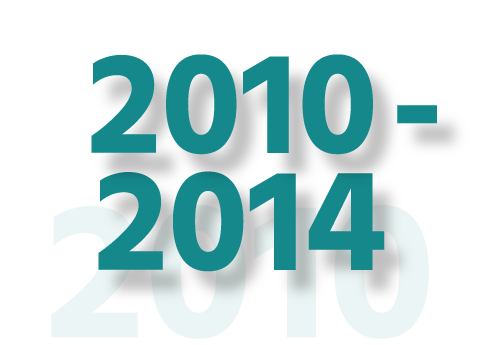 A moment of stabilization and hurray to explore!

During this period, we intensified research and development of technologies and tools for the development of enterprise information systems. This was made possible by the CeZIS research project implemented in cooperation with UPJŠ in Košice, which was co-financed from EU funds. The period is also characterized by the implementation of several ``smaller`` projects, where we could verify the knowledge gained in the research project. 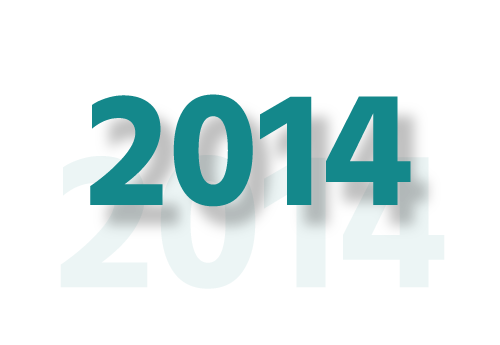 And there is another challenge!

They want us to participate in the development of a system for certification testing of students in cooperation with IBM Slovakia for the National Institute of Certified Education Measurements. 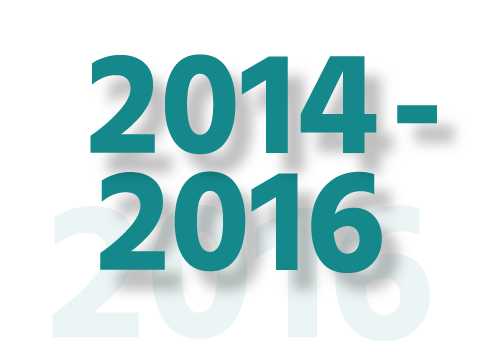 We decided to participate in a project for NÚCEM, the result of which is a system for (certification) testing of students. The project was covered by IBM Slovakia and our company supplied some important components to the complex solution. Since 2016, it is also possible to test our children electronically. If only so that the technical equipment of schools meets the needs of the time. In 2016, we co-founded Empirica, but more on that in the next paragraph. 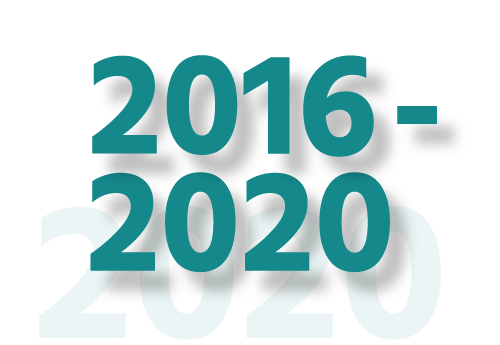 The time has come to utilize the experience

Within Empirica, we started the development of a modern and complex solution for commodity companies based on a customer account. In addition to the goal to build a competitive product for a wide portfolio of clients trading with various commodities (water, gas, electricity, ...), we used a lot of experience and components created in more than 20 years of our company's existence. How simple and beautiful it is when everything fits together... 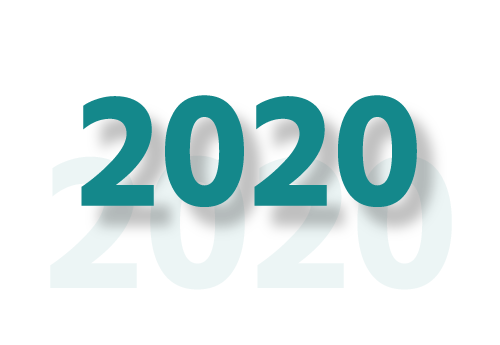 And it goes to machine learning!

In this year, we launched the SU4ZP project (Innovation of a software product for health insurance using machine learning methods), which, as its name suggests, is primarily focused on research and development in the field of machine learning and artificial intelligence and their application in health insurance. The project received co-financing from EU sources and our partners are UPJŠ in Košice and TUKE in Košice. 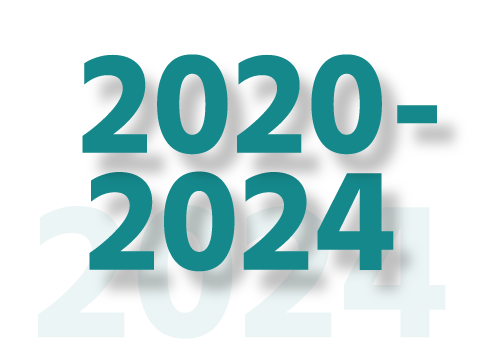 And what do we currently have new?

Try to look on our website as well, there is a lot, and we will reveal that there have also been successes in the field of the above-mentioned research. What kind? Search or stop by and we will be happy to tell you personally. 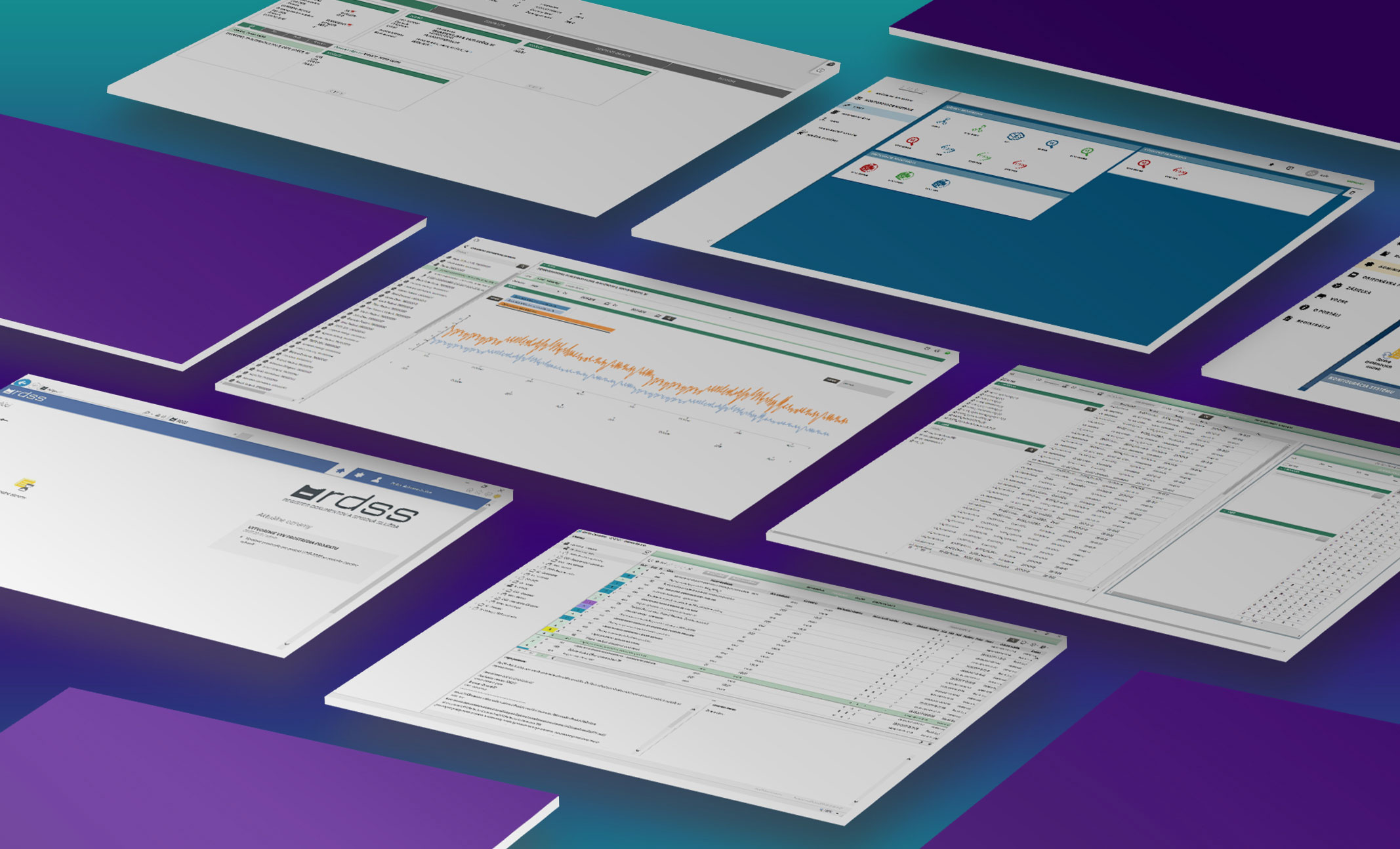 Read more about our work. 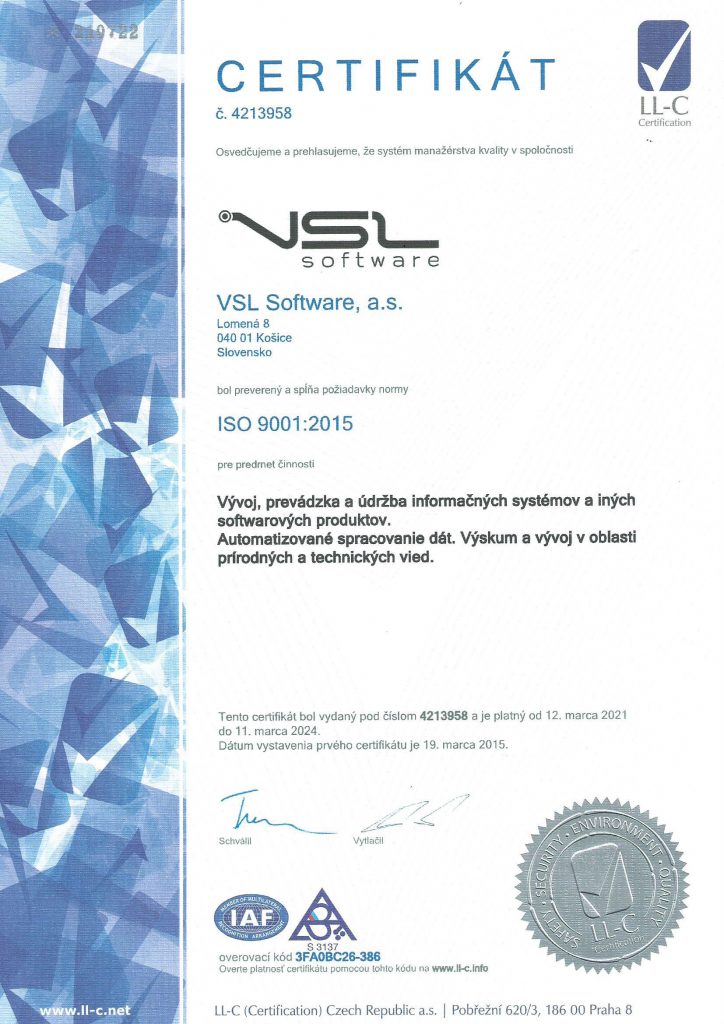 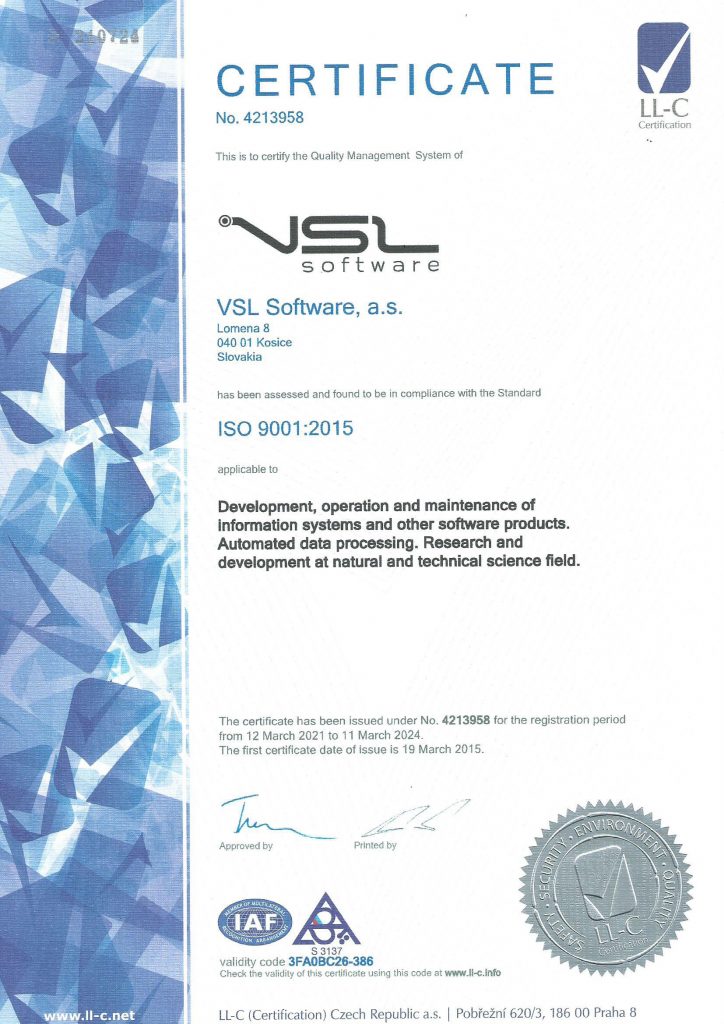 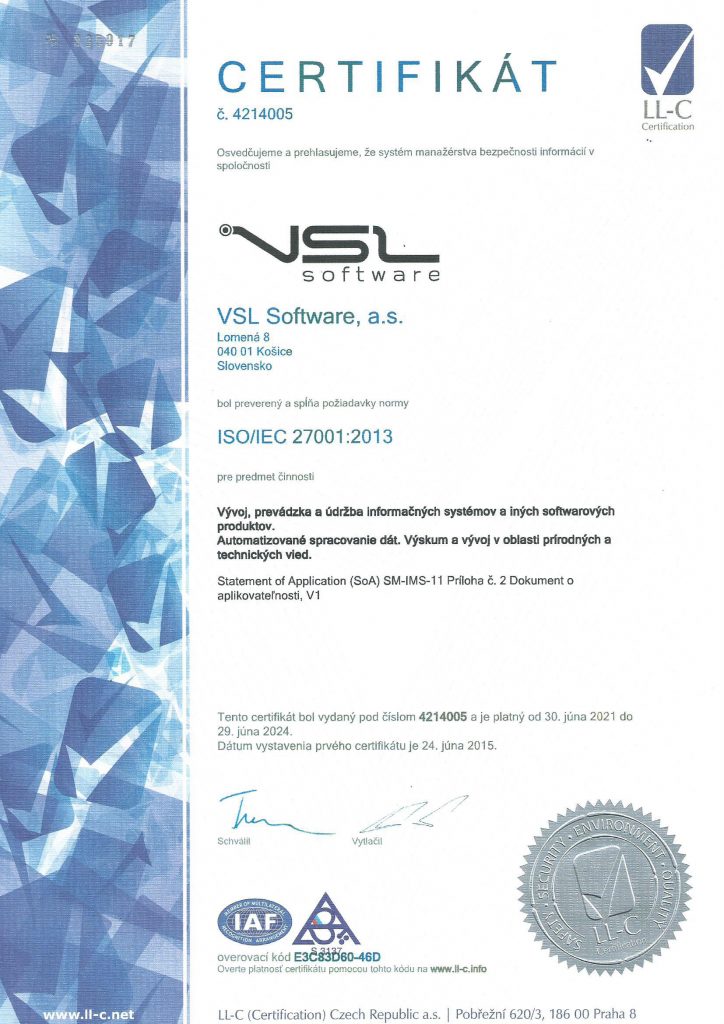 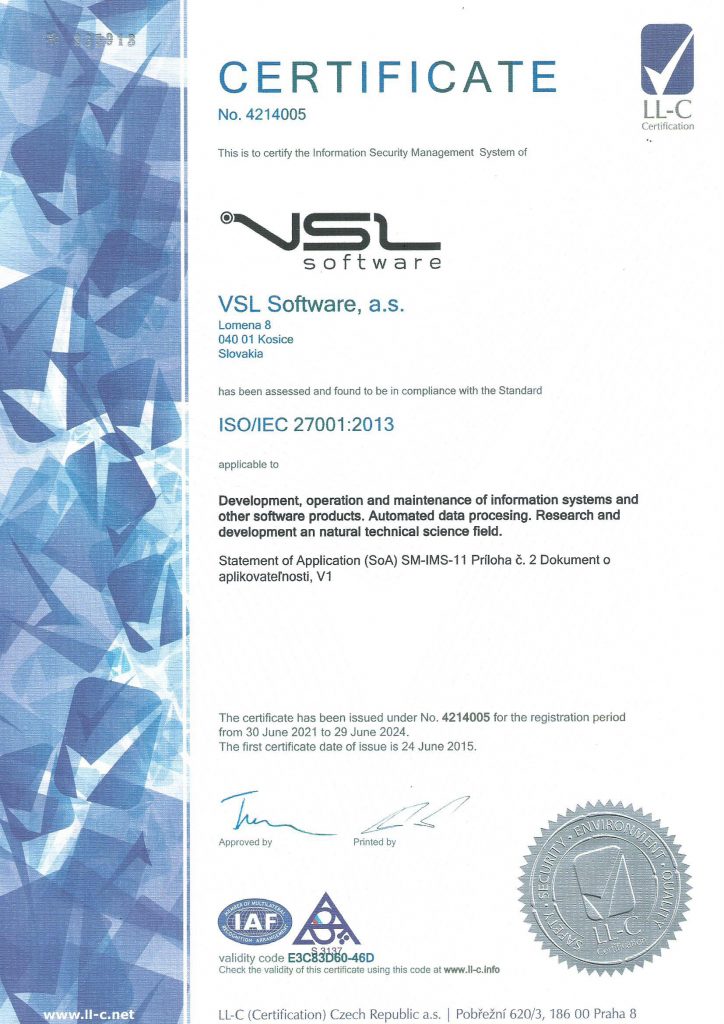 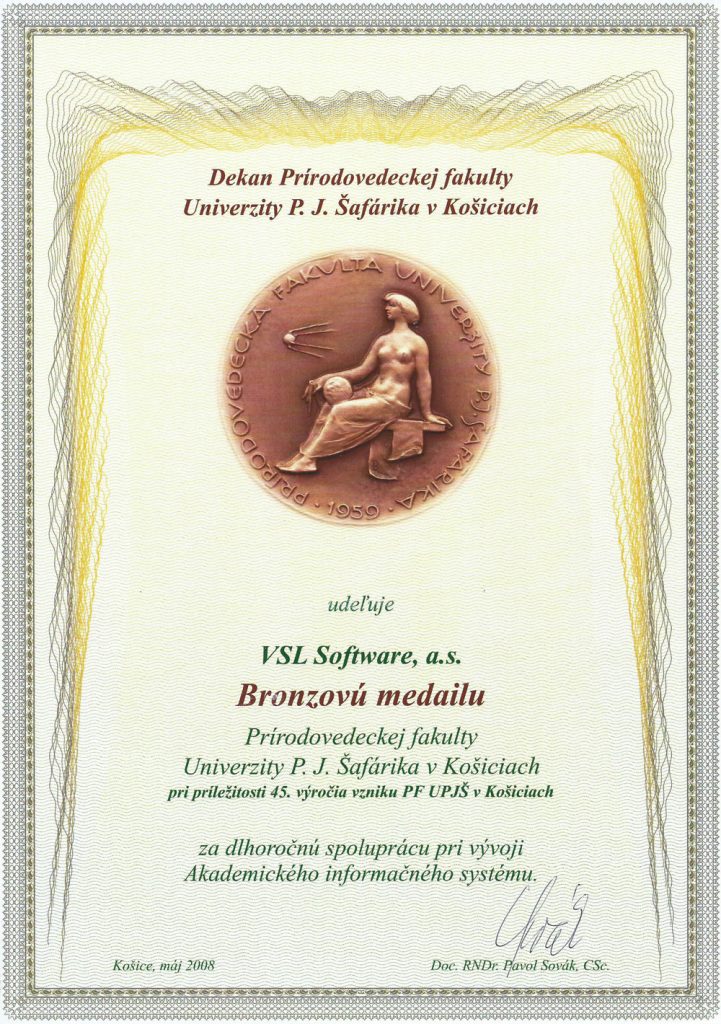 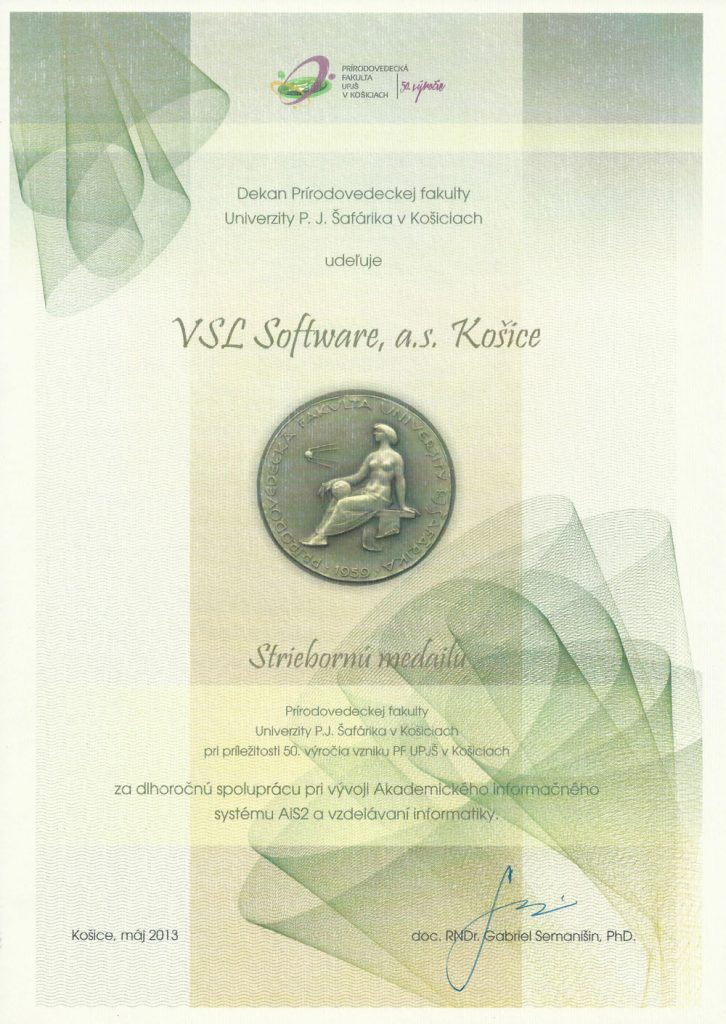 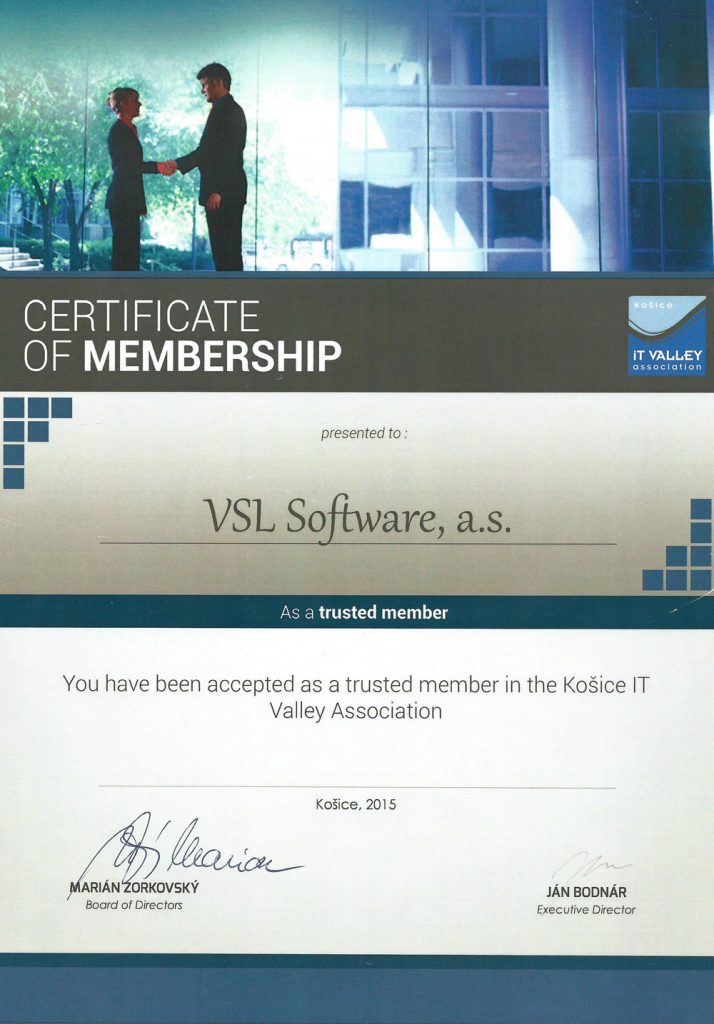 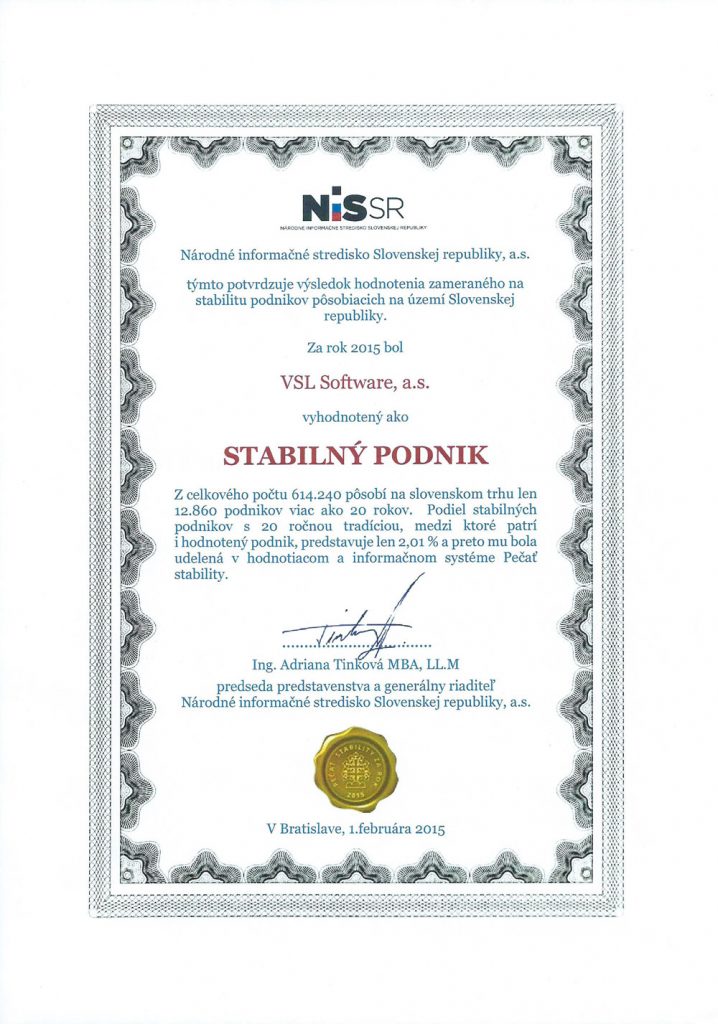 VSL Software, a.s. is a holder of a quality management system certificate according to the ISO 9001:2015 standard and an information security management system certificate according to ISO / IEC 27001: 2013 for development, operation and maintenance of information systems and other software products.  Automated data processing. Research and development in the field of natural and technical sciences. We have an Integrated Management System in place to implement the requirements of these standards.